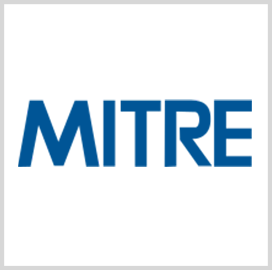 MITRE has appointed Gerald Gilbert as a MITRE Fellow to lead and grow quantum science initiatives, MITRE reported on Thursday. As a fellow, Gilbert will join the company’s group of scientists that lead critical programs.

“Gerry’s contributions to MITRE and his field run deep – few people in the world have dedicated their lives to this level of expertise and innovation,” said Charles Clancy, chief futurist, senior vice president, and general manager, MITRE Labs.

Gilbert has served with MITRE for more than two decades, founding the quantum science research at the company. “As a MITRE Fellow, Gerry will continue to push the boundaries of what’s possible, which is mission critical in the race for global competitiveness in quantum science,” Clancy added.

He serves as the principal investigator of MITRE’s quantum program. The project has worked to develop the first fully universal scalable quantum computer and integrated quantum network. Currently, the project is designing and building programmable nano-photonic quantum processors to serve as engines of a scalable, universal quantum computer.

MITRE fellows work to develop and lead scientific or technical initiatives to address challenges. They also serve as subject matter experts and advisors to mission critical programs, officers and board of trustees. The fellows drive innovation in science and technology (S&T).

Gilbert is a member of the IEEE Standards Board for Quantum Technology and has served on the U.S. Defense Science Board and the U.S. Air Force Scientific Advisory Board. He is also a co-inventor on five patents in quantum information science.

MITRE’s mission-driven teams are dedicated to solving problems for a safer world. Through our public-private partnerships and federally funded R&D centers, we work across government and in partnership with industry to tackle challenges to the safety, stability, and well-being of our nation.