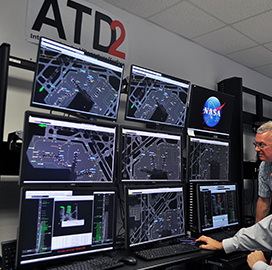 NASA signed its part of the deal in December and FAA in early January. The two agencies will study, develop and test technologies designed to address the country's aviation matters.

“With this agreement NASA will continue to lead in conducting research that will aid the FAA in meeting its regulatory obligations to manage a safe and efficient public air transportation system,” said Robert Pearce, associate administrator for aeronautics at NASA.

The agreement includes activities that NASA and FAA will jointly pursue under the Advanced Air Mobility National Campaign, an effort to further develop and promote emerging aviation markets across regional, rural, urban and suburban transportation.

The space agency will gather test-based data to help FAA implement and regulate the use of AAM technology in the National Airspace System.