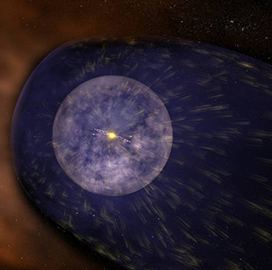 Poland's science ministry will build a new space mapping technology for NASA under an agreement between the two organizations and a larger effort to study the sun's heliosphere.

IMAP also seeks to observe the interaction between the solar heliosphere and neighboring galaxies. David J. McComas, a Princeton University professor who serves as IMAP's principal investigator, will lead a party of 24 international institutions for the effort.