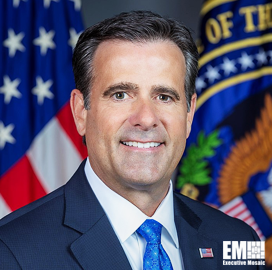 The Office of the Director of National Intelligence (ODNI) has updated guidelines for facilitating intelligence operations in compliance with established U.S. personal information protections.

ODNI said Thursday the U.S. attorney general and DNI approved the new AG Guidelines which include updates on the lawful handling of information for intelligence purposes. The guidelines also prohibit ODNI personnel's involvement in U.S. organizations without disclosing their affiliation with ODNI.

The unclassified AG Guidelines come as part of a multiyear effort to ensure that the intelligence community is consistent in protecting constitutional rights while collecting information across disparate sources.

“We must continue to ensure that we always conduct our intelligence activities lawfully, appropriately integrate intelligence in support of national security, and protect the privacy and civil liberties of every American,”  said Director of National Intelligence (DNI) John Ratcliffe.

The AG Guidelines will officially replace the National Counterterrorism Center or CIA AG Guidelines once the former takes effect on March 23rd.