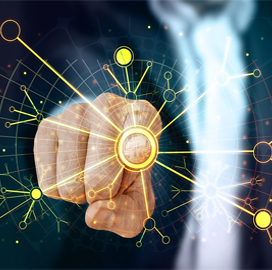 Representatives Carolyn Maloney (D-N.Y.), the chairwoman of the House Committee on Oversight and Reform, and Gerry Connolly (D-Va.), head of the Subcommittee on Government Operations, wrote a letter to House leadership, requesting a $9 billion emergency injection into the Technology Modernization Fund (TMF), under the next COVID-19 relief package.

The letter noted that government networks will remain vulnerable if legacy systems continue to be neglected. It also stated that antiquated IT networks have contributed to the slow pandemic response, such as dispersing stimulus benefits and COVID-19 data tracking.

“We must begin to address IT investments now, or we will continue down the same path as before unable to deliver critical services to the public at a time when our country needs it the most,” the letter added.

Previous COVID-19 relief packages initially included billions of dollars in funding for the TMF; however, it was later cut from the final bill. The fund was created in 2017 for high-priority modernization projects across federal agencies. The TMF had $150 million appropriated to it to date.

President Biden recently announced his support of the TMF, prior to taking office. Biden’s transition team called for giving the TMF $9 billion to launch shared IT and cybersecurity services across the government.

He projected an additional $690 million to help the Cybersecurity and Infrastructure Security Agency (CISA) “bolster cybersecurity across federal civilian networks, and support the piloting of new shared security and cloud computing services.”