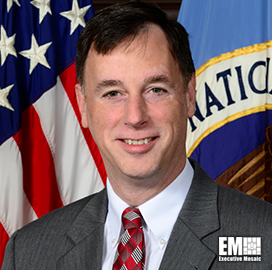 Rob Joyce, special liaison officer for the National Security Agency (NSA) at the U.S. embassy in London, has been named as the next head of NSA's cybersecurity directorate.

He will succeed 2020 Wash100 Award recipient Anne Neuberger, who has served as the agency's cyber chief since May 2019 and will transition to a new role as deputy national security adviser for cyber and emerging technology.

Joyce joined NSA in 1989 and previously served as senior adviser for cybersecurity strategy to the agency director, chief of its tailored access operations and deputy deputy director for the information assurance directorate.

His previous assignments included time as special assistant to the president and cybersecurity coordinator at the White House and as acting homeland security adviser.