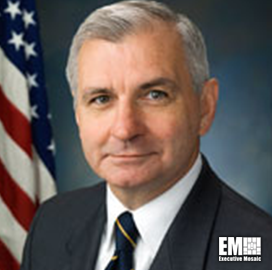 Sen. Jack Reed, D-R.I., will assume leadership of the Senate Armed Services Committee once U.S. senators hammer out a power-sharing arrangement between the Democratic and Republican members of an evenly divided Senate, FCW reported Thursday.

He will succeed Sen. Jim Inhofe, R-Okla., and lead hearings the panel will hold to gather information about President Joe Biden's nominees for Department of Defense leadership positions.

Reed participated in a bipartisan working group that drove the creation of a $150 billion relief fund for state, local and tribal governments as part of the Coronavirus Aid, Relief, and Economic Security Act.

He was first elected to the upper chamber in 1996 and has served as a member of the Senate Armed Services, Appropriations and Banking, Housing and Urban Affairs committees.