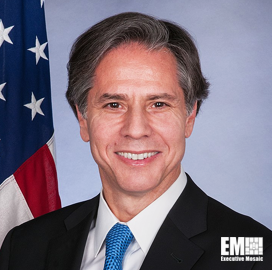 The Senate confirmed Antony Blinken, former deputy secretary of state during the Obama administration, to lead the State Department in a 78-22 vote on Tuesday, The New York Times reported.

During his confirmation hearing, Blinken said he plans to review U.S. policy toward North Korea and take a tougher approach to Russia and China.

He also shared his views on the Iran nuclear deal and Abraham Accords, which led to the United Arab Emirates, Bahrain, Sudan and Morocco to open diplomatic relations with Israel, as well as plans to advance multiculturalism within the diplomatic corps.

Blinken also intends to assess or reverse are the terrorist designation against Houthi rebels in Yemen, low cap on refugee admissions and U.S. relations with Taiwan. he co-founded WestExec Advisors, a consulting group that works to evaluate the nation’s foreign and national security policies.