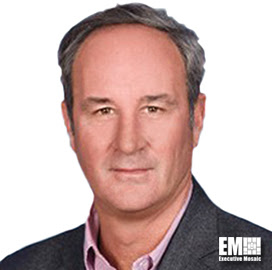 “I want to thank Tim for his leadership and relentless commitment to supporting our mission partners and dedicated employees, especially over this past year of the pandemic,” Ryan said. “As CEO, Tim successfully led the company through a financial restructuring and corporate-wide integration of multiple business entities,” Ryan added.

Ryan has more than two decades of executive level experience across the federal technical services market. Prior to his tenure with Constellis, Ryan served as chief executive officer of Adroit Systems, VTG and Tenax Aerospace.

In addition, Ryan was named president of the ManTech Systems Engineering & Advanced Technology Group in Sept. 2009. He joined ManTech from Mercury Federal Systems, where he served the president and chairman. Previously, he was senior vice president of Strategic Development for SAIC. With SAIC he was responsible for strategy and mergers and acquisitions for the Intelligence, Security and Technology Group.

Before joining SAIC, Ryan was the vice president and director for SRA International's C4ISR Center. He also served as the Department of Defense (DoD) director of Intelligence, Surveillance and Reconnaissance (ISR).

He has advised past directors of the CIA and DARPA on advanced technology issues, and has served many years in the federal government. He also served as deputy director, Defense Airborne Reconnaissance Office, and as a professional staff member on the United States Senate and House of Representatives Intelligence oversight committees.

“It has truly been an honor to lead such a great company with so many exceptional people, and I am excited about Constellis’ future with Terry at the helm,” Reardon said. “I have great confidence that Terry’s leadership, vision, and industry experience will lead to continuing success.”