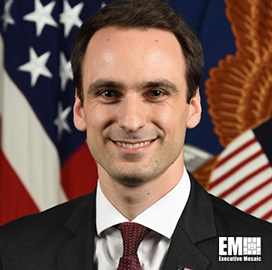 The Southern Cross Integrated Flight Research Experiment or SCIFiRE aims to prototype cost-effective, air-breathing hypersonic missiles that can fly at speeds over Mach 5. Michael Kratsios and 2020 Wash100 Award winner, the acting undersecretary of defense for research and engineering, said the joint effort would allow the U.S. and its allies to maintain leadership in hypersonics technology.

“Working with our defense scientists here in Australia and our partners in the U.S. Air Force and across the U.S. Department of Defense … we are maximizing our learning during development to better define the capabilities and needs as the system matures,” said Air Marshal Mel Hupfeld, chief of Australia's air force.

Jim Faist, director of defense research and engineering for advanced capabilities at the Pentagon, said the effort will use digital twins to test proposed systems. Digital twins virtually represent a system and allow for simulation-based testing. He added that Pentagon considers getting multiple contractors for SCIFiRE.