Voyager Names Dr. Cheryl Shavers to Board of Directors 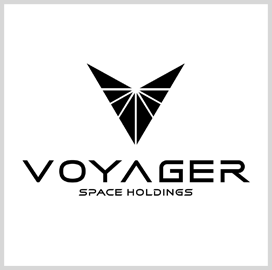 Voyager Space Holdings announced the appointment of Dr. Cheryl Shavers to the company's Board of Directors on Wednesday. As a board member, Shavers will help guide Voyager as it continues on its mission to create a vertically integrated, publicly traded NewSpace company.

Shavers currently serves as founder, chairman and CEO of Global Smarts. She has nearly three decades of experience in the high tech industry, including engineering and managerial positions at Motorola, Hewlett-Packard and Intel.

Previously, she was confirmed as undersecretary of Technology, where she headed the National Institute of Standards & Technology (NIST) and the Secretariat for Space Commercialization. She also served as senior advisor to the Secretary of Commerce in forming new policies and program initiatives within science and technology.

Shavers' appointment adds to Voyager’s strategy to expand momentum generated in 2020 into 2021. "Despite a tumultuous 2020, commercial space was one of the few industries to not just hold steady, but grow. As we embark on a new year, I'm eager to join the Voyager Board as we work to achieve our goal of delivering any space mission humans can conceive," said Shavers.

As part of Voyager’s expansion strategy, the company agreed to acquire a majority stake in XO Markets and its largest subsidiary Nanoracks. Nanoracks offers commercial space services for satellite deployment and research across more than 30 nations

Voyager plans to infuse growth capital to help drive Nanoracks utilization of ISS. The satellite deployer business has launched over 1,000 projects to the ISS, including microgravity research, small satellites and missions to both low-Earth orbit and deep space.