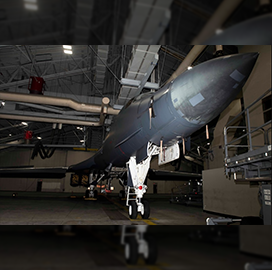 The U.S. Air Force (USAF) will move to decommission 17 of its 62 B-1B Lancer bombers to pave the way for fleet modernization efforts and help maintainers focus more on each of the remaining 45 aircraft.

USAF said it will keep four of the B-1B planes that are set for retirement in Type 2000 storage to maintain aircraft systems in a reclaimable condition.

“Due to the wear and tear placed on the B-1 fleet over the past two decades, maintaining these bombers would cost 10s of millions of dollars per aircraft to get back to status quo," said Gen. Tim Ray, commander of the Air Force Global Strike Command.

Ray added that the branch has been preparing for the B-21 Raider deployment.

Northrop Grumman won the contract to build USAF's B-21 Long Range Strike Bomber in October 2015 and aims to roll out the first aircraft in early 2022.

A 2018 Congressional Budget Office report stated that the service was looking to buy up to 100 bombers at a total cost of $80 billion in 2016 dollars.