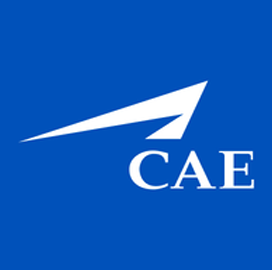 CAE will work to diversify its defense and security portfolio, with an emphasis on space and cyber capabilities, Defense News reported on Monday. Daniel Gelston, group president of CAE’s Defense and Security unit, announced that the business will partner with defense primes during the early stages of new competitions.

To remain a competitive partner, CAE will invest in research and engineering efforts. Gelston noted that the company has had a strong focus on traditional platforms, such as planes and unmanned aerial vehicles.

However, with the shift in the defense market, Gelston has projected that CAE will have “a real focus on space and cyber, not only for that customer, but also for CAE, and those are areas that we need to augment our capabilities to make sure that we’re providing the best product, the best service to help our customers.”

“We could really bring a lot of our research and development, our capabilities in machine learning and AI and virtual reality and augmented learning management systems” to DHS, which “you could categorize a little more of a traditional time phased approach to training,” Gelston stated.

Gelston’s unit will also look to increase the security segment of his portfolio by pursuing new contracts for government agencies, including the Department of Homeland Security (DHS) and Transportation Security Administration (TSA), where CAE would support the training of security forces for airports.

“With space assets ability to target, with cyber assets ability to attack anywhere and everywhere, it’s not just the Pentagon, it’s critical infrastructure, it’s a lot of what we traditionally have separated into DHS. So that security element is crucial,” Gelston added.

Gelston noted that CAE could also break into  “robust training capability in the cyber realm… that’s an area that I can certainly see augmenting with potential acquisition here in the next 18 to 24 months if the right property comes along, I think we would be positioned to potentially pursue that.”