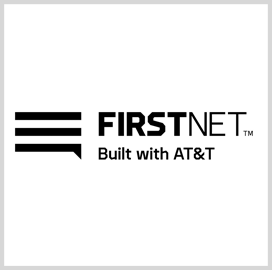 FirstNet has announced that its network now covers more than 2.71 million square miles, the company reported on Monday. In 2020, AT&T added nearly 100 thousand square miles to the FirstNet coverage footprint.

"2020 made it clearer than ever before how critical it is for first responders to have the tools and wireless infrastructure they need to communicate with each other wherever their mission takes them. Now tens of thousands of towns and cities have access to FirstNet, bringing America's public safety community the only network built to their strict specifications and requirements,” said Jason Porter, senior vice president of FirstNet Program at AT&T.

With the build, FirstNet will deploy public safety's spectrum, which will supply public safety with a dedicated connectivity when needed. FirstNet will also launch more than one thousand purpose-built FirstNet sites, as part of the initial FirstNet expansion to connect rural, remote and tribal areas.

“The FirstNet Authority is pleased that the buildout continues to be ahead of schedule and that we are moving closer to fully realizing the vision of a nationwide network that serves all of public safety,” said Edward Parkinson, CEO, FirstNet Authority.

In addition, FirstNet will collaborate with rural network providers to address rural coverage needs and expand the reach of FirstNet for the public safety community. The company will also expand the FirstNet fleet of portable network assets for public safety agencies' emergency response needs, with more than 750 requests from public safety in 2020.

FirstNet will work to increase network resiliency to provide public safety in the case of an emergency. As FirstNet builds out cell sites, the company will include fixed generators to expand support on existing infrastructure.

"These are major milestones in the growth, adoption and deployment of public safety's network. This progress shows the strength of our partnership with public safety and how their involvement is critical to the success of the network," added Parkinson.