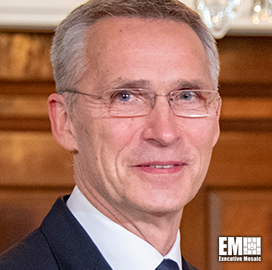 Jens Stoltenberg, secretary-general at North Atlantic Treaty Organization (NATO), said member nations should maintain interoperability as they invest in next-generation technologies over the next decade.

He added that NATO holds the potential to establish standards that guide the technologies' ethical aspects. The secretary-general's statements come as he prepares to propose to defense ministers about what he envisions for the NATO 2030 strategy.