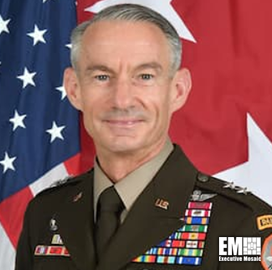 The U.S. Army announced that Maj. Gen. Neil Hersey and Brig. Gen. Paul Stanton will switch roles at Army Cyber Command and the Cyber Center of Excellence at Fort Gordon in Georgia.

He previously served as deputy commanding general of the Cyber Center of Excellence and commandant of the Army Cyber School prior to taking the helm at the center in June 2019. His military career includes service as director of operations at the Cyber National Mission Force and Joint Task Force Ares within U.S. Cyber Command and deputy chief for operations at U.S. Central Command. Stanton will step down from the role that Hersey will fill at Army Cyber Command to serve as commanding general of the Cyber Center of Excellence (CoE).

He has held a number of joint, staff and command positions, including director of capabilities development group at U.S. Cyber Command, commander of the Army Cyber Protection Brigade and senior technical adviser at Army Cyber Command.