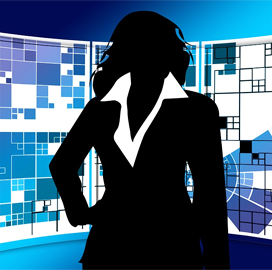 NASA has appointed new leadership to senior agency positions, the agency reported on Monday. Of the appointments, Bhavya Lal will serve as acting chief of staff. Lal will also be the senior advisor for budget and finance at NASA.

Lal has deep experience in engineering and space technology, previously serving as a member of the research staff at the Institute for Defense Analyses and Science and Technology Policy Institute (STPI) before joining the agency.

With STPI, Lal led the analysis of space technology, strategy and policy for the White House Office of Science and Technology Policy and National Space Council (NSC), as well as federal space-oriented organizations, including NASA, the Department of Defense (DOD), and the intelligence community (IC).

Before joining STPI, Lal served as president of C-STPS. She previously served as the director of the Center for Science and Technology Policy Studies at Abt Associates.

Thompson also has advised state and local officials on public engagement in Arizona, California, Texas and Hawaii, as director of candidate development for the Leadership for Educational Equity. Thompson is a former partner at The Maccabee Group. With the organization he  advised members of Congress in New Mexico and Nevada, as well as efforts in Ohio and North Carolina.

In addition to the appointments of Bhavya Lal and Phillip Thompson, NASA named four leaders to senior agency positions, including: