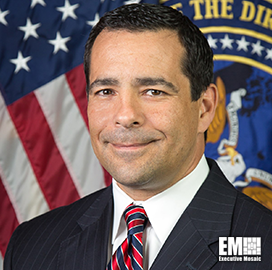 William Evanina, former director of the National Counterintelligence and Security Center (NCSC), has said that the U.S. is facing threats of having critical health care data breached by Chinese state-sponsored threat actors, The Hill reported Monday.

Evanina told CBS News in a prior interview that it is “110 percent” likely that the People’s Republic of China has collected personal data from  Americans through the nation's health care systems.

Previously, NCSC released a report stating that the Chinese government has amassed information from U.S. health data sets including DNA and genomics data. NCSC noted that China's efforts ramped up during the COVID-19 crisis in an effort to outpace U.S. biotechnology firms on drug development and innovation in medicine as well as artificial intelligence.

“China’s access to U.S. healthcare and genomic data poses serious privacy and national security risks to the U.S. Through its cyber intrusions in recent years, the PRC has already obtained the Personal Identifying Information (PII) of much of the U.S. population," the report states.