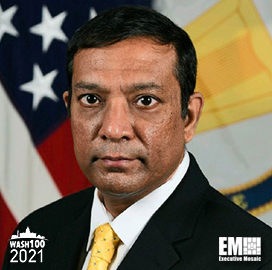 Raj Iyer, chief information officer of the U.S. Army and a 2021 Wash100 Award winner, said he plans to create a council that will advise the Army on digital decision-making.

Iyer’s proposed Army Digital Oversight Council will be headed by the CIO and include representatives from other major commands and information technology stakeholders across the service. The governance body will directly report to the Army’s vice chief of staff and undersecretary.

According to Iyer, the Army’s reorganized structure will ensure an enterprise approach to decision-making and help the CIO’s office put more focus on the service's IT modernization priorities. He added that decentralizing IT spending across the Army leads to overspending by $2 billion annually.

Ryan McCarthy, outgoing secretary of the Army and a 2020 Wash100 Award recipient, has already shown approval on the new structure but is yet to formalize it, Iyer noted.

“This is all about change management and asking the Army to do something that it has never done before, so I’m taking the time to talk to my peers and to the four-star commanders to get their buy in,” said Iyer.