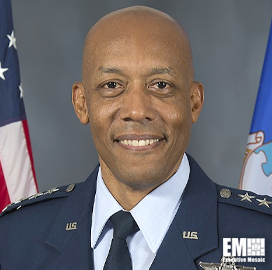 Gen. Charles Brown, chief of staff at the U.S. Air Force, said the Joint Chiefs of Staff is creating digital architecture standards as the Department of Defense (DOD) seeks to implement an integrated system of sensors in the battlefield, Nextgov reported Thursday.

Brown said Wednesday at a Defense Writers Group meeting that chief data officers from all U.S. military service branches are talking about how they would transmit information under the Joint All-Domain Command and Control (JADC2) concept.

He noted that JADC2 revolves around how data moves in the multidomain battlefield in support of military readiness. The standards in development would guide how data can rapidly move back and forth as needed, he said.