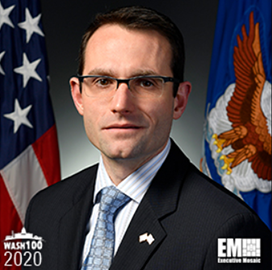 Dr. Will Roper Board of Directors Volansi

Pallas Advisors has appointed Dr. Will Roper, former assistant secretary of Acquisition, Technology and Logistics with the U.S. Air Force and 2020 Wash100 Award recipient, as a senior counselor. In the role, Roper will leverage his experiences to deliver his disruptive technology expertise to the private sector.

“Dr. Roper is widely viewed as one of the Department’s most innovative leaders in recent years and we are excited to welcome him to Pallas Advisors,” said Tony DeMartino, a founding partner of the firm. “He is well-versed in the challenges our clients face, and will add immense value to our mission.”

With the U.S. Air Force, Roper established the AFWERX and SpaceWERX programs and spearheaded the adoption of commercial technologies, including the first applications of containerized software, artificial intelligence, digital engineering and predictive maintenance.

Before his role with the Air Force, Roper was the founding director of the Pentagon’s Strategic Capabilities Office (SCO), which was established in 2012. The SCO imagines new uses of existing government and commercial systems to extend shelf-life and add a competitive edge to the military’s playbook.

Previously, Roper served as the acting chief Architect at the Missile Defense Agency (MDA), where he developed 11 new systems, including the current European Defense architecture, advanced drones, and classified programs.

Throughout his career, Roper has facilitated the development and deployment of disruptive technology. He drove the first U.S. hypersonic weapon to production, demonstrated the first use of AI commanding a U.S. military system and built a national space launch program for both the U.S. government and commercial payloads.

"Fully unlocking private sector innovation for the military was my passion while serving in government,” Roper said. “I am excited to work with the Pallas team to continue this important pursuit."