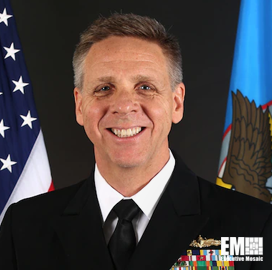 Admiral Philip Davidson, commanding general of the Indo-Pacific Command, emphasized before the House and Senate Armed Services committees on Wednesday that the funding Mission Partner Environment (MPE) is a critical element of geo-political strategy to hinder adversarial military interests. The MPE will allow Allied partner nations to link into U.S. military systems and communications.

Adm. Davidson’s command encompasses the entire pacific region, from the North Korean Border to New Zealand. China is the U.S.’s primary threat in the area. Davidson argued before Congress that U.S.’s most vital asset in the region is its partnership with allies such as South Korea, Japan and the Philippines.

The MPE is the essential operational capacity to deepen those ties. By linking communications and tactical data networks with friendly countries, the U.S. and its allies will counter hostile threats more effectively and efficiently.

The Department of Defense (DOD) is currently struggling to link data from the different services and domains for similar tactical reasons, even linking military networks between other countries will be an even more challenging endeavor due to language barriers. However, Davidson’s written testimony stated that  the MPE is critical to Pacific operations because it “provides universal battle management and automated decision making by accessing a multi-domain sensor network.”

If more funding is authorized in the 2022 Fiscal Budget, the money will flow to the MPE through the Pacific Deterrence Initiative (PDI). The PDI is a pool of money used to fund troop deployments and deterrence activities in the Pacific region.