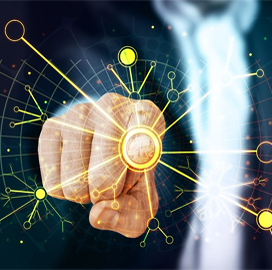 Leaders and commissioners of the National Security Commission on Artificial Intelligence (NSCAI), said the Department of Defense (DOD) and federal civilian agencies should come up with career pathways to help recruit and retain AI talent in government service, Federal News Network reported Friday.

“I was really struck in my work with the Defense Department of how many people work there for low and in difficult conditions because they were patriotic,” Eric Schmidt, chairman of NSCAI and former CEO of Google, said Friday during a joint hearing of the House Armed Services and House Oversight and Reform Committees.

“The ones that I spoke with did not fundamentally leave for money. They left because the opportunity in their career was more interesting in the private sector – that work that they wanted to do, they could not do well as federal or military employees. That’s got to get fixed,” he added.

The Potomac Officers Club will hold its 3rd Annual Artificial Intelligence Summit on March 30 to foster discussions on how to advance AI technology at speed and how private-public partnerships are key to maintaining the competitive advantage within the tech race. To register for this virtual summit and view other upcoming events, visit the Potomac Officers Club Events page.