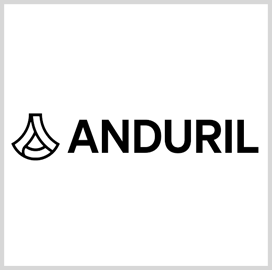 Anduril Industries is expected to announce on Tuesday their acquisition of Zachary Mears, a former Pentagon staffer, as head of strategy. Anduril Industries is a southern California company with over 400 employees. It has worked with the Federal government on border surveillance, unmanned aerial systems and cruise missile defense technologies.

“While there’s still work to do, I think Anduril offers a platform and approach that is at the core of what a defense contractor will look like in 10 to 15 years, the way it organizes, the way it marries software and hardware to deliver strategic and operational outcomes,” said Mears.

Mears most recently led Covington & Burling’s public policy practice, but previously he served as chief of staff to former Deputy Defense Secretary Bob Work and as director of strategic planning for the National Security Council. While working under Work, Mears advised the Defense Innovation Unit Experimental (DIUx), which attempted to foster start-up companies that could deliver effective results for federal military contracts.

Mears stated Anduril and similar companies are in part the result of his work with the DIUx.“It’s very much on the path of the type of company we hoped we would incentivize the development of in 2014 and 2015. To join it at this moment of growth is very exciting.”

Anduril chief strategy officer Christian Brose, who previously worked with Mears in the government, said, “He’s a disruptive thinker, he’s a creative thinker. He’s not bound to the ways that we have always done things and the things we have used to do them, and that’s what I appreciated when I first got to know him.”

Mears will join an executive team with members from companies such as Tesla, SpaceX, Uber, Apple and Google. Alongside many Washington insiders similar to Brose and himself.

“Part of my theory of change management is it’s helpful to understand the organization and culture of the very thing you’re seeking to change, and then to be able to leverage the capability development and technology development of those that are experienced developing and deploying technology in markets that move more quickly than the U.S. government,” added Mears.