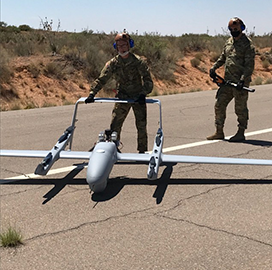 The U.S. Army is conducting a demonstration activity to assess four air vehicles that may serve as potential successors to the service branch's RQ-7 Shadow fleet.

The Army can transport each air vehicle via CH-47 Chinook helicopters or organic ground vehicles in a move to enable tactical maneuverability. FORSCOM's Future Vertical Lift cross-functional team has worked with the Army's Program Executive Office since 2018 to select and obtain drone units for the project.

The team held soldier touch points to secure inputs and feedback in line with the effort. The event is slated to run through March 5th.