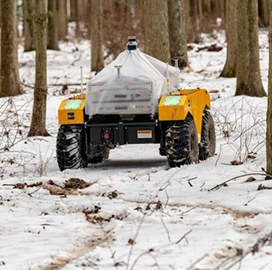 The Army Research Laboratory is engaging service members and scientists in technology concept discussions through reality tour events in an effort to accelerate the feedback process for new information technology or weapon systems.

“Because the campus is designed to explore research questions to inform future Army concepts, it’s mission-critical to familiarize our Soldiers with tests planned at this specific location,” Blum said.

Team Ignite, which was formed in October 2019 was born in October 2019 to support warfighting strategy development, seeks to encourage the branch's centers of excellence, senior military leaders and national training centers to share technology initiatives with the military.

“We’re interested in bridging the gap between our awareness of downrange realities and scientific and concept developers," Blum added.