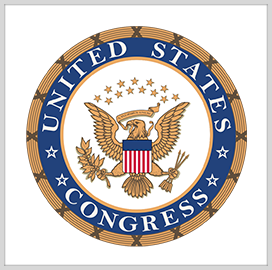 A panel of experts stated at a hearing before the House Armed Services Subcommittee on Cyber, Innovative Technologies and Information Systems that the U.S. military must better integrate electromagnetic spectrum operations throughout its ranks to succeed against U.S. adversaries. C4ISRNET reported the panel’s statements on Monday.

“While the United States focused on counterterrorism operations over the last 20-plus years, China and Russia were working to advance their peer-to-peer military capabilities. That includes the [electromagnetic] spectrum operations,” commented Joseph Kirschbaum, director of defense capabilities and management at the Government Accountability Office (GAO).

Kirschbaum and other panelists told Congress that in the past 30 years, American adversaries have significantly invested in technology that disrupts communication channels between units of every size and purpose.

Bill Conley, a former Department of Defense (DOD) electronic warfare specialist, said that what the Chinese have achieved operationally is really pretty darn impressive.” Conley also noted that one of the best strategic offensives the U.S. could invest in is the electromagnetic spectrum, increasing commanders’ ability to maneuver their forces.

“This is a dramatic departure from our platform and program-centric legacy investment strategy that we have pursued. Electromagnetic battle management, the dynamic reconfiguration of our sensors, of our networks, as well as our electromagnetic attacks in real-time, may become the preferred way to achieve power projection when compared to the defensive utilization of the electromagnetic spectrum … instead of viewing capability gaps and shortfalls, (electromagnetic spectrum operations) can actually create opportunities for us,” Conley concluded.