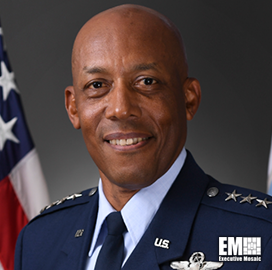 First Air Force has been designated as the future air component to U.S. Space Command and is expected to reach initial operating capability by the end of calendar year 2021, the service reported Thursday.

“In this new role, First Air Force will be better able to identify and address gaps and seams when integrating spacepower into the support of the homeland defense mission. This will also inform efforts to better fuse space operations into air operations centers around the globe,” Air Force Chief of Staff Gen. Charles Brown said in a statement published Thursday.

“We look forward to supporting USSPACECOM in their efforts to defend against threats to the space domain,” said Lt. Gen. Kirk Pierce, First Air Force commander.