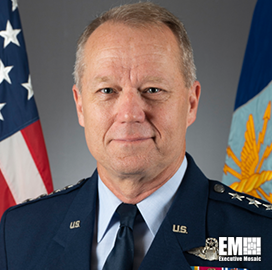 Gen. Mark Kelly, head of Air Combat Command (ACC), said he is confident about the capability of the Next Generation Air Dominance (NGAD) aircraft program but he is unsure whether the country has the focus to deploy NGAD in time to counter potential adversaries, Defense News reported Friday.

“I for one am confident that the technology and the test points have developed to where NGAD technology will get fielded,” Kelly said Friday during a roundtable with reporters.

“And I’m confident that the adversaries on the other end of this technology will suffer a very tough day and tough week and tough war. What I don’t know — and we’re working with our great partners — is if our nation will have the courage and the focus to field this capability before someone like the Chinese fields it and uses it against us.”

Kelly described the NGAD program a “keen capability” and stressed the need of the country and joint force for leading-edge technology to ensure air superiority.

The Air Force requested $1.044 billion in fiscal year 2021 for NGAD, but Congress authorized $904 million in funds for the program.