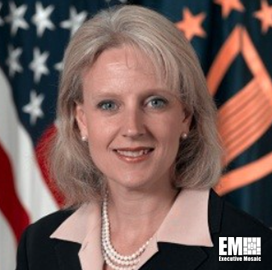 Kristen Baldwin, deputy assistant secretary of the Air Force for science, technology and engineering, said the service is applying digital engineering to speed up the development of new platforms and an example of that is the T-7A trainer aircraft, Federal News Network reported Thursday.

She said using modeling and design tools helped the service reduce aircraft assembly hours to 80 percent, cut in half the time spent on software development and transition the aircraft design from computers to initial flight within 36 months.

“You know, digital engineering starts with model-based systems engineering. … But what’s really new is today’s instantiation, along with modern data analytics and computing capabilities, creates a transformational opportunity,” Baldwin told Federal Drive host Tom Temin. “So as the Air Force and space force fully embrace digital engineering, we’re seeing benefits, such as we’re able to model 1000s of different design concepts early on in acquisition, before a program even starts.”

Baldwin said the Air Force is working with industry and pursuing efforts to develop a “digital stack of models and infrastructure, so that we can have consistent ways to design an interface with our tools with the data and engage with our multiple defense supply chain actors.”

She also explained the concept of digital trinity of digital engineering, agile software practices and open architecture and cited the Air Force’s efforts to transition to a “more dynamic iterative, digital artifact-based process.”