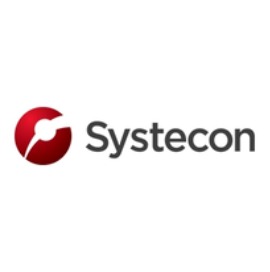 “I am delighted to be joining Systecon as a senior advisor,” said Maj. Gen. McMahon. “Their proven performance in the area of predictive analytics can significantly benefit the Department of Defense (DoD) as it aggressively works to improve readiness while reducing costs.

DoD is in the midst of a digital transformation, and I’m excited that Systecon has the tools and expertise to help accelerate the Department’s rate of change,” Maj. Gen. McMahon added.

As Senior Advisor for Systecon NA, Maj. Gen. McMahon brings more than four decades of experience serving the Department of Defense to the role.

Previously, he’s also served as the president of Fickling Management Services, as a board member of State Bank and Trust, the Mercer National Engineering Advisory Board, the Robins Air Force Base Museum of Aviation Foundation, and as president and CEO of the 21st Century Partnership.

“There is an increasingly urgent need for the Department of Defense to become more technologically and digitally advanced to remain a global superpower. With this in mind, we are excited to welcome Bob as a Senior Advisor to Systecon North America, said Systecon President Jolie Woodard.

“His appointment reflects our commitment to actively support the Department of Defense and their digital transformation efforts that will result in lower operations & sustainment costs and increased readiness. The DoD will continue to benefit from Bob’s extensive experience in leveraging Modeling and Simulation as part across the lifecycle,” Woodard added.

Across Systecon’s client base the common denominator is the drive to increase cost effectiveness. Whether it flies, floats, or rolls, Systecon provides clients with expertise, know-how and the world’s most competent predictive analytics platform, making it possible to optimize the technical design, operations and support solution, so that availability, sustainability and flexibility can be achieved at the lowest possible cost.