Marty Walsh Confirmed as Secretary of Department of Labor 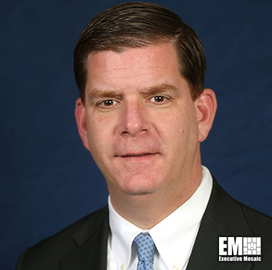 Marty Walsh, mayor of Boston, has received Senate confirmation to serve as the 29th secretary of the Department of Labor (DOL). The Senate on Monday voted 68-29 to approve Walsh’s nomination for the top role at DOL, CNN reported.

“As the son of immigrants and a former union laborer, I share their deep commitment to building an economy that works for all. I have been a fighter for the rights of working people throughout my career, and I remain committed to ensuring that everyone – especially those in our most marginalized communities – receives and benefits from full access to economic opportunity and fair treatment in the workplace,” Walsh said in a statement published Monday.

Walsh has been mayor of Boston since 2014. He was a member of the Laborers' Union Local 223 and led the Boston Trades Council, which represents electrician and ironworker unions. He also served in the Massachusetts House of Representatives.