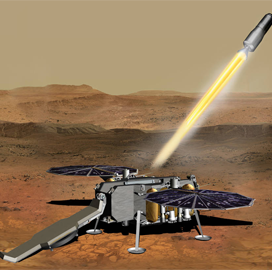 The teams will receive a “modest development stipend” to support concept development activities while the top two groups will secure $6,000 to present their proposals at the 2021 ASCEND conference in Nov. 2021 according to NASA.

All teams must present their developed concepts during the 2021 RASC-AL Forum which will be held virtually in June. RASC-AL is a NASA-sponsored event that falls under the management of the National Institute of Aerospace.