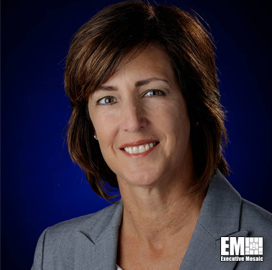 Robyn Gatens, who served as NASA's acting director for the International Space Station (ISS) for seven months, has been named to the post permanently.

NASA added that she drove a strategic direction for the ISS U.S. National Laboratory following an independent review of lab management and operations. Her career at the space agency began at the Marshall Space Flight Center in 1985.