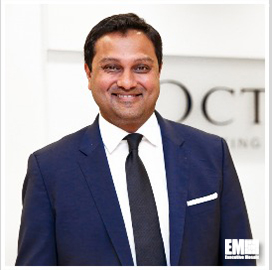 Octo Consulting announced on Tuesday it has been awarded a spot on the Defense Intelligence Agency’s (DIA’s) $12.6 billion Solutions for Information Technology Enterprise III (SITE III)  indefinite-delivery/indefinite-quantity (IDIQ) contract. The contract will require Octo to provide modernization services of the DIA’s information technology (IT) infrastructure, systems, and applications.

“This is an exciting time for Octo as we continue to demonstrate our commitment and capabilities to the intelligence community and their defense counterparts while putting our growing teams to work on projects that directly impact our operatives, warfighters, and country. We are honored to be part of DIA’s mission and support them in executing their role in helping protect our nation,” concluded Octo CEO Mehul Sanghani.

The contract will run for 10-years and presents new opportunities for Octo to expand its business expertise. It also stipulates that Octo will provide additional IT support to DIA and the National Geospatial-Intelligence Agency (NGA). Those services may include planning and project management, application modernization and development, cybersecurity and cloud support.

The DIA is a Department of Defense (DOD) combat support agency. Its mission is to produce, analyze and then disseminate military intelligence to military missions. The agency is the primary producer and manager of foreign military intelligence for the Unified Combatant Command, joint chiefs of staff and 2021 Wash100 Award recipient Defense Secretary Lloyd Austin.

"Octo is elated to be awarded the SITE III contract with DIA and to continue supporting the modernization of critical military intelligence IT systems. This represents the culmination of over nine years leading IT engagements with DIA, NGA, and military service intelligence components where Octo's 1,100+ employees have helped speed the delivery of cloud-native, platform-enabled mission systems," Sam Stollar, Octo's senior vice president of Intelligence and Air Force, commented.