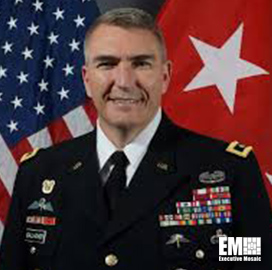 The U.S. Army tested the most advanced modernized radios, tactical cell phones and network gear with a whole brigade for two weeks in March at the Joint Readiness Training Center at Fort Polk. The exercise culminated from three years of work to build a modernized network that incorporates real-time soldier feedback while in the field.

“I think this is all about speed and range. You start getting after what we want to do for decisive operations, decisive decision-making. We want to get after sensor-to-shooter. How do we do that quickly at speed, how do we extend the range…I think this fundamentally is a game-changer and allowing this airborne unit to be able to extend across those areas of speed and range,” commented Brig. Gen. Robert Collins, program executive officer for command, control, communications-tactical.

The gear is a part of the Army's Integrated Tactical Network (ITN). The 1st Brigade Combat Team, 82nd Airborne Division, tested the equipment as part of the network's capability set 2021. The gear included radios, tactical cell phones and new waveforms that pinpoint soldier locations along with cross-domain systems that allow communication with units and coalition partners.

“We’ll be looking for either feedback to determine are the quantities about right or what adjustments should we make based on this large-scale force on force rotation, which we haven’t had the luxury of having in the past. Our decisions have been made without having this kind of feedback, so this will be important going forward,” added Maj. Gen. Peter Gallagher, director of the Army Network Cross-Functional Team.

The equipment received praise from the soldiers involved, including the individual soldier kit fielded by team leaders. The kit has a two-channel radio paired with a hardened cell phone attached to a soldier’s chest. These provide incredible situational awareness that provides a soldier's battlefield location and allows communications up and down ranks.

Before this new equipment, if communications failed on the battlefield, there were few secondary options for warfighters. The successful testing of the ITN systems provides troops with many different paths of communications. “We’re trying to provide them much … more resilient capability,” concluded Gallagher.