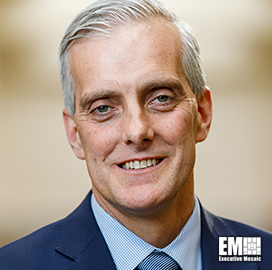 “A successful EHR deployment is essential in the delivery of lifetime, world-class health care for our Veterans. After a rigorous review of our most-recent deployment at Mann-Grandstaff VA Medical Center, it is apparent that a strategic review is necessary. VA remains committed to the Cerner Millennium solution, and we must get this right for Veterans,” commented McDonough

The review follows in the wake of a call from the Government Accountability Office (GAO) for the VA to stop the system roll-out to fix critical issues. The issues stem from the EHR system at Mann-Grandstaff VA Medical Center in Spokane, Washington, the first center to launch the new Cerner Millennium built EHR system.

The subsequent roll-out of the system is scheduled for a VA facility in Columbus, Ohio, however, the new 12-week review might alter that plan. The GAO report mentioned several technical issues that should be addressed before the next roll-out.

The EHR itself is a $16 billion, ten-year modernization program created during the Trump Administration. Some lawmakers have questioned this VA contract with Cerner Millennium.

House Veterans Affairs Committee Chairman Mark Takano, D-CA, said, “This strategic review comes at a critical time, and I’m hopeful that it will ensure Secretary McDonough has an opportunity to examine the prior administration’s handling of the project and course correct if necessary.”

The review has bi-partisan support as well. Rep. Cathay Rogers R-WA sent a letter to McDonough welcoming the review and even questioning the EHR program's entire existence.

The top Republican congressman on the committee’s Technology Modernization Subcommittee, Rep. Matt Rosendale, R-MT concluded “It is not too much to ask that the Cerner electronic health record pass a simple test, that proves it will help doctors and nurses deliver quality and timely care to veterans, before it can be deployed anywhere else. If it cannot do that, we should not continue to spend on the contract.”