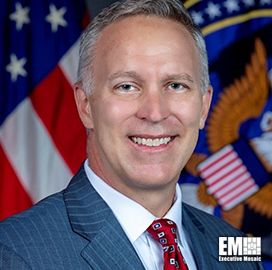 Thomas Monheim, acting inspector general of the intelligence community, has received President Biden's nomination to fill the role on a full-time basis.

These other agencies include the National Counterterrorism Center (NCTC), the Department of Justice (DOJ), the White House and the Office of the Director of National Intelligence (ODNI), where he served as deputy general counsel.

The former U.S. Air Force Reserves colonel contributed military service, having deployed for operations Enduring Freedom and Iraqi Freedom. He is a recipient of the Presidential Meritorious Executive Award, the DNI Exceptional Service Award, and other forms of recognition.

“With a distinguished civilian and military background, Tom has devoted his career to serving our country and advancing U.S. national security,” Avril Haines, director of national intelligence and 2021 Wash100 Award recipient, said in a statement.