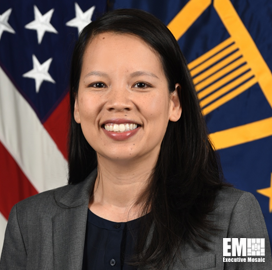 President Joe Biden has nominated Margaret Vo Schaus, director of business operations in the Department of Defense’s research and engineering office, to be the next chief financial officer at NASA, the White House announced Thursday.

Schaus would manage the space agency’s more than $20 billion annual budget if the Senate approves the nomination.

“Through her past work in government, Margaret has demonstrated exceptional management skills and a commitment to lifting up and supporting a diverse workforce,” said acting NASA Administrator Steve Jurczyk.

In her current capacity, Schaus provides financial oversight for DOD research and technology programs. She previously worked at the Department of Energy as deputy director of advanced fossil technology system research and development.

Her federal career also included a short stint as acting deputy assistant commissioner for data transparency at the Bureau of Fiscal Service and more than four years as a senior analyst in the Government Accountability Office.