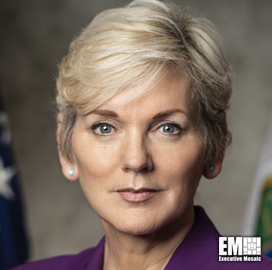 The Department of Energy (DOE) will invest $162 million in a pair of new funding opportunities that aim to reduce the carbon emissions of everyday land vehicles. DOE said Thursday it will finance two initiatives that aim to develop electric vehicles, corresponding infrastructure and low-emission technologies for on- and off-road vehicles.

These efforts include the third iteration of the SuperTruck program, which aims to deliver electric freight trucks. DOE's Office of Energy Efficiency and Renewable Energy will allot $100 million across four years for SuperTruck 3.

Jennifer Granholm, secretary of energy, said the funding triples down on the progress made under the first two SuperTruck initiatives, which had America's biggest truck producers significantly improve fuel efficiency.

The second funding opportunity, titled “Low Greenhouse Gas Vehicle Technologies Research, Development, Demonstration and Deployment," brings $62.75 million to projects aiming to reduce the emissions of land vehicles, both on and off-road. The opportunity will also focus on infrastructure development for electric vehicles.

“Getting to net-zero carbon emissions by 2050 means we must aggressively cut down the largest source of emissions: the transportation sector," Granholm said.