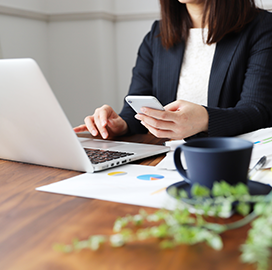 The Department of Defense’s (DOD) office of inspector general (OIG) has recommended that the assistant secretary of defense for homeland defense and global security update the DOD Implementation Plan for Pandemic Influenza to include revised planning assumptions regarding the use of telework for essential and non-essential employees and align the plan with the Pentagon’s telework policy.

DOD component agencies should also update their pandemic plans by integrating updated assumptions regarding telework for employees and the resources needed to back the remote workforce, according to OIG’s report publicly released Thursday.

The OIG surveyed DOD military and civilian personnel to determine how the components provided them access to information technology and communications systems during maximum telework and received answers from 54,665 respondents who reported their remote work status during the COVID-19 pandemic.

The office found that DOD moved 88.2 percent of respondents to part to full-time telework between March 15, 2020 and Aug. 26, 2020, and that those who worked remotely reported issues when accessing voice and video teleconference applications and networks of the department’s components.

The problems mentioned in the survey decreased over time as the Pentagon added video and voice conferencing applications, raised its network capacity and availability and bought and distributed communications and computer equipment.

The inspector general’s office also called on the undersecretary of defense for policy to come up with management oversight procedures to ensure that DOD components have carried out exercise, training and testing requirements of the telework policy and implementation plan.

The recommendation was made after OIG found that DOD’s initial problems were linked to some components that had not conducted full testing to assess whether their information platforms could back governmentwide telework and had not performed telework exercises with their employees before March 2020 in compliance with the requirements of the Pentagon’s implementation plan and telework policy.