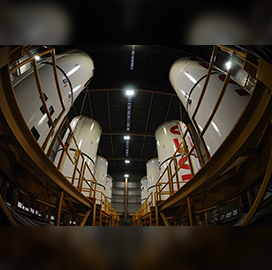 NASA has certified the computer system that would process the data of an upcoming uncrewed lunar flyby, which will serve as a prerequisite to future astronaut missions.

The spacecraft command and control system (SCCS) is designed to address the information capacity and speed requirements of NASA's Artemis I mission, the space agency said Thursday.

“The SCCS system engineering and performance teams evaluate the data after each simulation to ensure the system is performing per specifications and no unexpected errors were triggered,” said Mike Van Houten, the Launch Control System project manager at the command, control and communications organization within NASA’s Exploration Ground Systems team.

Artemis I, scheduled to launch late this year, will provide data that SCCS developers may use to improve the system for future Artemis missions. NASA aims to revive manned space exploration through the Artemis program.