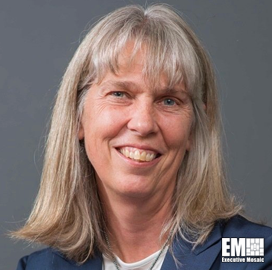 President Biden has nominated Jill Hruby, former director of the Department of Energy’s (DOE) Sandia National Laboratories (SNL), as the administrator of the National Nuclear Security Administration (NNSA) and undersecretary for nuclear security.

The White House said Wednesday that Hruby joined SNL as a technical staff member in 1983 and retired from the laboratories in 2017. Hruby was the first woman to head a national security lab and led efforts involving technical areas such as nuclear weapons design, renewable energy, microsystems and materials science.

She also held leadership roles at Sandia’s Energy, Nonproliferation, and High-Consequence Security Division and the International, Homeland, and Nuclear Security Program Management Unit in addition to serving as president of Lockheed Martin’s Sandia Corp. subsidiary from 2015 to 2017.

Jennifer Granholm, secretary of the DOE, said in a statement released Wednesday that Hruby has the capacity to help the government in efforts to “maintain a safe and reliable nuclear deterrent and protect our national security.”

Hruby also held memberships with the NNSA Defense Programs Advisory Committee and the Defense Science Board.