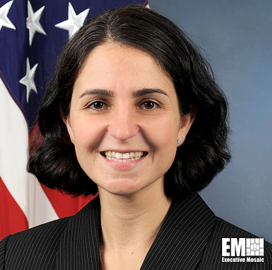 She currently serves as the principal deputy assistant secretary of defense for international security affairs, a role through which she advises defense leadership on policies related to operations in Europe, Russia, Africa, the Western Hemisphere, and the Middle East, the White House said Friday.

Karlin began her public sector career as a civil servant at the Office of the Secretary of Defense and went on to fill various advisory roles related to national security.