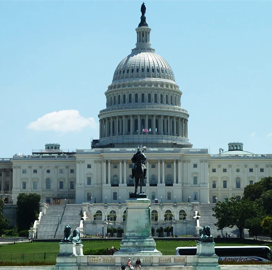 President Biden is expected to submit to Congress the administration's discretionary spending top line requests for the fiscal year 2022 on Friday, signaling the start of the annual budget and appropriations process, DefenseNews reported Friday.

The upcoming $715 billion defense budget request is slightly less than 2021’s request when adjusted for inflation. A detailed budget request with agency-by-agency estimates is expected to be released in late spring.

However, the budget process will reportedly progress more slowly due to a backlog of Congressional legislation in recent months.

“What’s going to be different this year is we’re facing a monumental legislative traffic jam. Those are going to be the priorities of the administration, and your traditional authorization and appropriation bills really can’t get cranked up until we get the budget details ― and we’ll be lucky to see serious budget details before Memorial Day,” commented Arnold Punaro, a former Senate Armed Services Committee staff director and the chairman of the board of the National Defense Industrial Association.

Pandemic relief spending, infrastructure packages and voting rights legislation are some of the bills' Democrats, who control both houses of Congress, want to pass during Biden’s first year. They also seek to boost U.S. competitiveness with China.

The late spring schedule for the detailed budget request is expected to pose challenges to the appropriations and authorizing committees, which will increase the likelihood of Congress missing the deadline to pass federal spending before Oct. 1, the end of the fiscal year.