Report: MDA’s Next Generation Interceptor Program to Cost Almost $18B 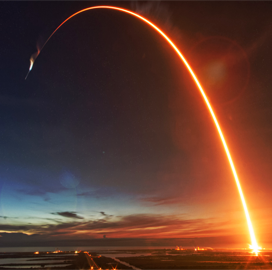 The development phase of the NGI program is estimated to cost up to $13.1 billion, according to estimates by DOD’s independent cost assessment unit. The production phase could reach $2.3 billion in cost, while support costs could total $2.3 billion.

In March, the Missile Defense Agency (MDA) awarded contracts to teams led by Northrop Grumman and Lockheed Martin to conduct technology development and risk reduction work on the program.

MDA expects the critical design review phase to occur by 2026. Lockheed and Northrop will compete to produce about 31 interceptors, including 10 units for testing.

Mark Wright, a spokesman for MDA, said the agency plans to start deploying the interceptor “no later than 2028.”