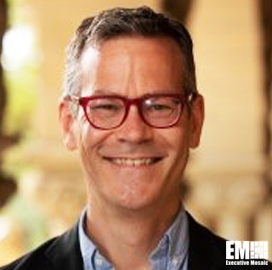 Colin Kahl, a former national security adviser in the White House's Office of the Vice President, has received Senate confirmation as undersecretary for policy at the Department of Defense (DOD).

"He is the right person to head up the Policy team as we work to address the national security challenges presented by our number one pacing challenge – China and to effectively deter nation-state threats from Russia, Iran and North Korea, while disrupting terrorist threats to our homeland emanating from various locations around the globe," Defense Secretary Lloyd Austin, a 2021 Wash100 Award recipient, said of Kahl's appointment.

Kahl, who was nominated by President Biden in January, served as deputy assistant to the president and national security adviser to the vice president during the Obama-Biden administration. He worked as the DOD's deputy assistant secretary for the Middle East between 2009 and 2011.

Outside of his roles in the federal government, Kahl taught political science at Stanford University and served as co-director of the Center for International Security and Cooperation, the university's research arm for security and international issues.

In a recent tweet, Kahl thanked President Biden and all the people who supported his bid to hold the No 3. civilian position at the DOD, adding that it is now “time to get to work!”