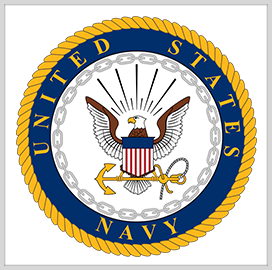 Trussler added that the new concept has been well received by Navy personnel, stating, “I talk to every strike group commander that comes to the Pentagon; I ask him specifically, ‘How is that IWC (information warfare commander) concept working?’ Every one of them loves their IWC and loves that concept. It’s worked out very well.”

Similar to Trussler, Chief of Naval Operations Adm. Michael Gilday also wants to create dedicated information warfare cells within fleet maritime operations centers, a project that was supposed to be informed by the results from an exercise that was postponed last year due to the COVID-19 pandemic. The Navy’s upcoming experiment with the information warfare cell at its Large Scale Exercise scheduled will utilize feedback to evaluate the concept further.

“We think it’s a powerful concept. We think it’s just a continued maturation of the information age, and we need to manage that information differently, not only with the tools we’re going to develop but with how we process that in the decision-making of a commander and his staff,” concluded Trussler.