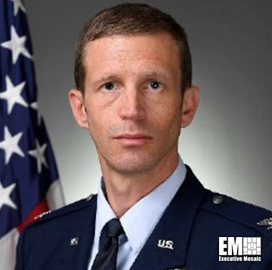 The U.S. Air Force’s Air Operations Center Weapon System (AOC-WS) program has reached a key milestone in its effort to replace its legacy systems for command-and-control planning and execution with the achievement of minimum viable product (MVP) status by its set of software applications called Kessel Run All Domain Operations Suite (KRADOS).

An MVP is an early version of the software that warfighters can use and assess to help developers iterate and further develop an application’s capabilities to a “more complete operational package,” the service’s Kessel Run unit said Wednesday.

The KRADOS MVP incorporates previous and new software tools to come up with an integrated system that can support an air operations center’s planning and execution process.

“The AOC WS is Kessel Run’s most complex development effort, and while the program still has a long road ahead, we are definitely picking up speed and the KRADOS MVP is an important point of progress,” said Col. Timothy Hofman, chief of AOC and AFFOR Requirements Division at Air Combat Command.

Kessel Run will continue to develop KRADOS over the next year, enabling the service to start transitioning the legacy Theater Battle Management Core Systems out of the AOC WS program.