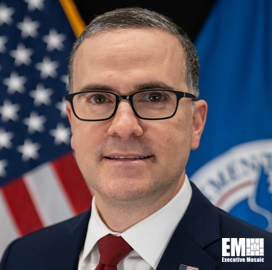 Brandon Wales, acting director of the Cybersecurity and Infrastructure Security Agency (CISA), said CISA plans to test secure cloud instances using some of the $650 million in funds the agency received through the American Rescue Plan in response to the SolarWinds hack, Federal News Network reported Wednesday.

“So part of our additional resources under the American Rescue Plan Act is standing up a secure, threat hardened cloud environment,” Wales said Tuesday during a hearing of the Senate Homeland Security and Governmental Affairs Committee.

“We will pilot that out and then promulgate the reference architecture across the federal government to help improve the security of cloud environments for all of our federal partners,” he added.

Wales mentioned CISA’s other priorities during the hearing: expansion of the agency’s cyber defensive teams, deployment of new sensors and technologies in federal networks and transition to zero trust and other defensive architectures. He also cited plans to establish the Joint Cyber Planning Office and continue recruitment efforts.